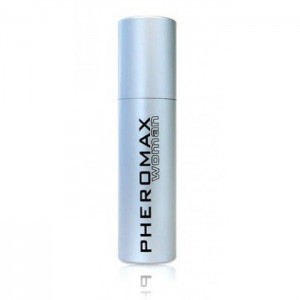 Pheromax is a pheromone-based product designed specifically for women who need a helping hand when it comes to meeting a man.

The product itself contains androstenone and androstenol, both of which are well recognized human pheromones. Current research usually refers to androstenol as being a “social” pheromone, while androstenone is more synonymous with masculinity, albeit in a very subtle sort of way.

Generally speaking, by combining both these pheromones in a single product, Pheromax adopts a two-pronged approach. The first pheromone (androstenol) acts to make men feel more comfortable being in the company of the user, while the second pheromone (androstenone) gives the user an air of dominance.

Unlike many other similar products, the manufacturers of Pheromax have to a great extent left the promotion of Pheromax in the hands of those who try out the product. This alone tends to imply they have a great deal of faith in their product, but what do real-life users have to say?

As is to be expected, some women have come forward to express disappointment, but it seems that in most cases, this has been due to the fact that they were expecting the impossible. One needs to bear in mind that there is simply no product available as of yet, capable of putting any man under your full command. The purpose of pheromone-based products is simply to give you an edge when it comes to meeting a mate, and if the hundreds of testimonials we’ve received are anything to go by, that’s exactly what Pheromax does.

1. Pheromax is unscented and can be used discreetly together with any regular perfume

2. The product is more affordable than several other similar products

3. According to those who have used it, it greatly assists in the dating scene

4. The sheer number of positive reviews and testimonials suggests it certainly has the backing of the masses.

1. Those that are in search of an intriguing scent will be disappointed, as Pheromax is unscented

2. The consistency could have been a little thicker – perhaps presented in the form of a gel

3. It doesn’t seem to have an effect on all men

An affordable pheromone-based perfume designed specifically for women. In our opinion, we cannot ignore a large number of positive reviews Phermax has received, and as such, we are happy to recommend this product to any women involved in dating.

*It’s important to note that results do vary on an individual basis.