Aqua Vitae is a pheromone cologne product manufactured by Liquid Alchemy Labs, and is, according to the manufacturer, a careful mix of seven pheromones, the dominant one of which is androstenone.

Androstenone is purported to create a “powerful alpha male” impression of the wearer to observers and specifically is supposed to create sexual tension that makes men attractive to women. The manufacturer does not break down ingredients specifically, except to say that it’s a blend of seven pheromones and that the most dominant one of them is androstenone. 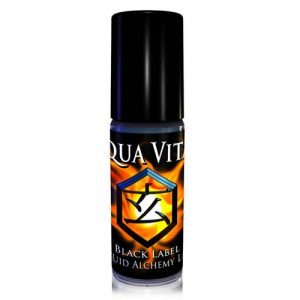 Of course, the key question is, does Aqua Vitae work? Results are definitely mixed, with only one reviewer saying that it DEFINITELY worked and that when he wore it, he was definitely much more attractive to females – so much so that he had to be careful how he used it because too much could produce intimidated responses from others, including the opposite sex.

Most reviews were much more modest, saying that although the product certainly smelled nice, they didn’t see much effect from it; one reviewer basically called it “snake oil” and told other prospective users to save their money.

As pheromone products go, it’s not that expensive, and costs about $30 among various retailers for one-third of an ounce. Users report that it produces a fresh clean smell, with the fragrance containing “masculine,” invigorating scents like rosemary and patchouli.

There doesn’t seem to have been much use of this product as well, with only a few scattered reviews for it on various sites. While it has a nice smell, its effects are definitely modest at best. Although one review thought it was “amazing,” whatever amounts of pheromones it contains are really modest at best, and are not listed, with the exception of androstenone.

While Aqua Vitae does have a nice smell, and users reported that they certainly enjoyed wearing it, just about any cologne can do this for you. It’s certainly worth a shot if you want to try it, and its androstenone content may indeed produce a slight attraction to you from the opposite sex (attraction to males from females), giving you the psychological boost you need to make a connection. If you decide you want to try it, buy it from a retailer that offers a money back guarantee so that you can return it if you don’t like it.

Turn Up The Heat

Turn Up The Heat pheromones is a product that makes some very bold claims. According to its advertising campaign, the purpose of this product is to greatly enhance a man’s power of seduction over the […]

Pherlure, has certainly been highly touted as an effective product –so we decided to put it to the test. Contents1 How It Works2 Concerns3 Pherlure Misleading Study4 Results5 Is It Worth It?6 A Better Alternative […]

We all want to be more sexually attractive to the opposite sex; to that end, manufacturers have jumped on board with a confusing plethora of pheromone products that claim to do just that. The problem […]